Armando Broja, 20, has been a revelation ever since his loan move to Southampton this season, where he has racked up the numbers and impressed plenty.

His performances on the pitch speak for themselves, and his numbers in his first ever Premier League are proof of that. While 6 goals in 20 Premier League appearances may not seem much, he’s earned high praise. 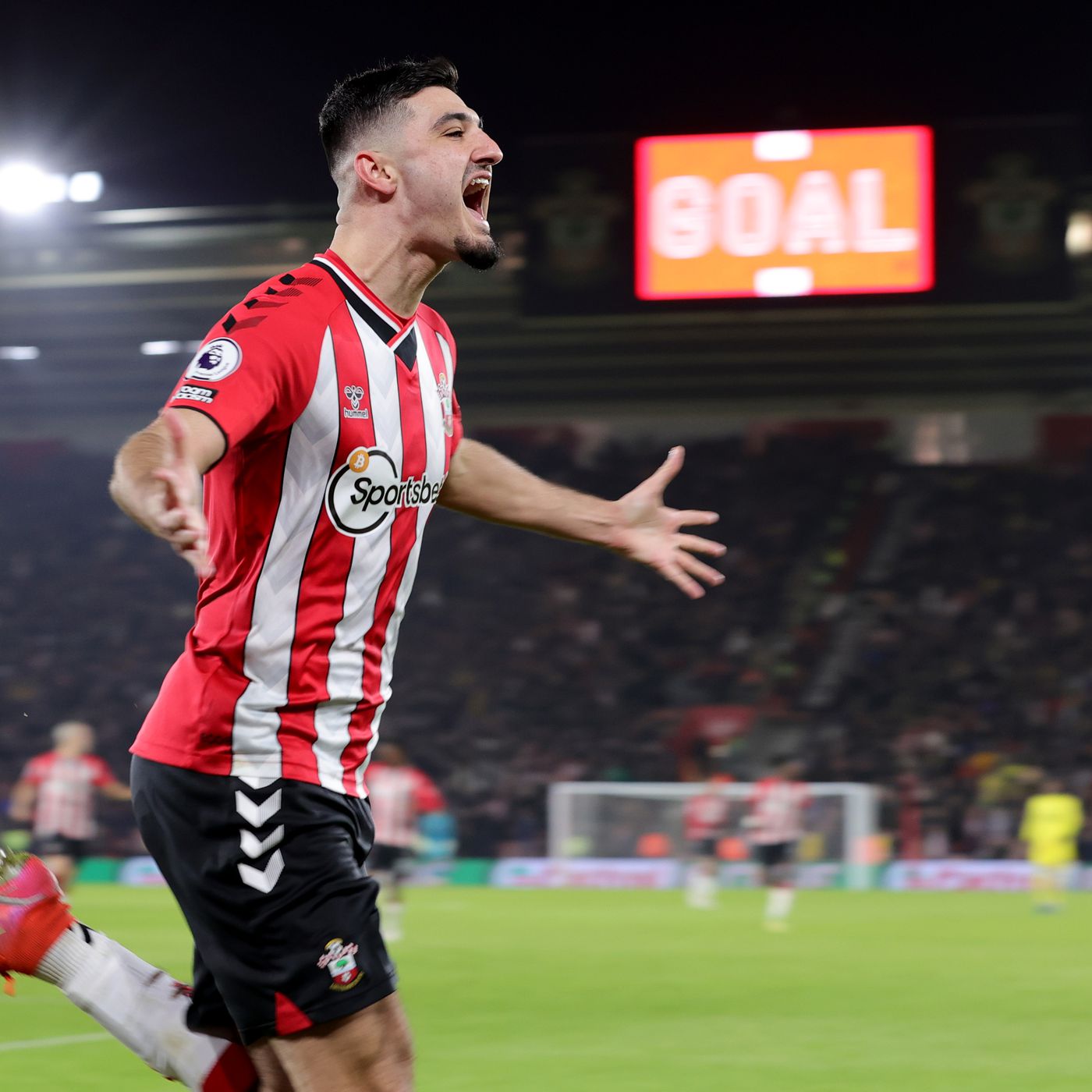 The evidence for that is Southampton want the striker to stay at Saint Mary’s Stadium for at least another season, perhaps on loan but would be happier if they were able to get him on a more permanent basis.

And obviously, in the aftermath of his performances, especially the one against Manchester United where he tormented Maguire, has started attracting interest from bigger clubs, like London rivals Arsenal.

Armando Broja looked once again a class striker & seems to be causing problems to all defences. Really would like him in the first team next season. pic.twitter.com/4GGXsRa7bX

Since Pierre-Emerick Aubameyang left for Barcelona in the winter transfer window due to a fall out with the club and Mikel Arteta, Arsenal have been looking to reinforce the void left behind.

However, since the Blues did not even entertain the idea of letting Broja stay for yet another season with the Saints, it is very hard to see they will let one of their rivals snap him up.

"I genuinely feel as a former defender, I would be thinking that ('oh no, not you again'). He is strong, powerful, he is positive, he is a threat in the air & he quite clearly can score goals as well.” pic.twitter.com/MPWrKiHG3O

For Arsenal, they have a crisis in the forward line approaching in the summer with both Eddie Nketiah and Alexandre Lacazette set to leave on a free with contracts running down in the next few months.

With highly touted Gabriel Martinelli playing as a striker up front in training settings, it is not yet clear what Arsenal’s plans are for Armando Broja if they do plan to pursue him.

Arsenal are monitoring #Chelsea striker Armando Broja ahead of the summer transfer window.

But it is not as if Chelsea are totally against the idea of letting go of Armando Broja, since reports from last month did cite a price a for the Albanian international for Chelsea to let go of him.

It would apparently take Chelsea’s management £20 million to ponder over letting him go to another club, however how much truth those reports hold is up for debate.

With the young striker having been tied down to a long term just last year in the summer and with no option to buy on for Southampton at the end of the season, it may be that Tuchel plans on incorporating him in the squad next season.

Armando Broja left Spurs academy for Chelsea when he was 9, because his dream was 2 play for Chelsea. He scored against them at White Hart Lane & celebrated in front of Spurs fans to help Southampton stun Spurs with a comeback win the other day. Please @ChelseaFC do not sell him pic.twitter.com/2Jx45hfEea

It is not unthinkable for Chelsea and Arsenal to strike deals for players, however the pattern with recent deals suggests that Chelsea usually only sell players when their powers are declining, while Arsenal does the opposite.

A deal is still very much not on the cards as Blues are very unlikely to sell him in the summer, much less to a Premier League rival in Arsenal.

Rudiger confirms talks between him and the club, talks about CWC glory and much more!