Tuchel looks at Eder Militao to replace Rudiger next season

It is an open secret that the Blues are now looking for replacements in the market for Antonio Rudiger.

Rumors suggest that the German manager is now looking for possible replacements for Rudiger and the one of the candidates that standout for him is Eder Militao of Real Madrid.

The reason for this is painfully obvious. Rudiger, Cesar Azpilicueta and Andreas Christensen are all set to leave Stamford Bridge at the end of this season, as it is unlikely the trio will renew further.

To avoid a potential backline crisis come next season, the club has been scouting various options ranging from Jules Kounde Matthijs de Ligt and Niklas Sule as well as Eder Militao now.

The Brazilian national has amassed a total of 50 La Liga appearances for the Royal Whites, and has become utterly indispensable to Carlo Ancelloti’s team. 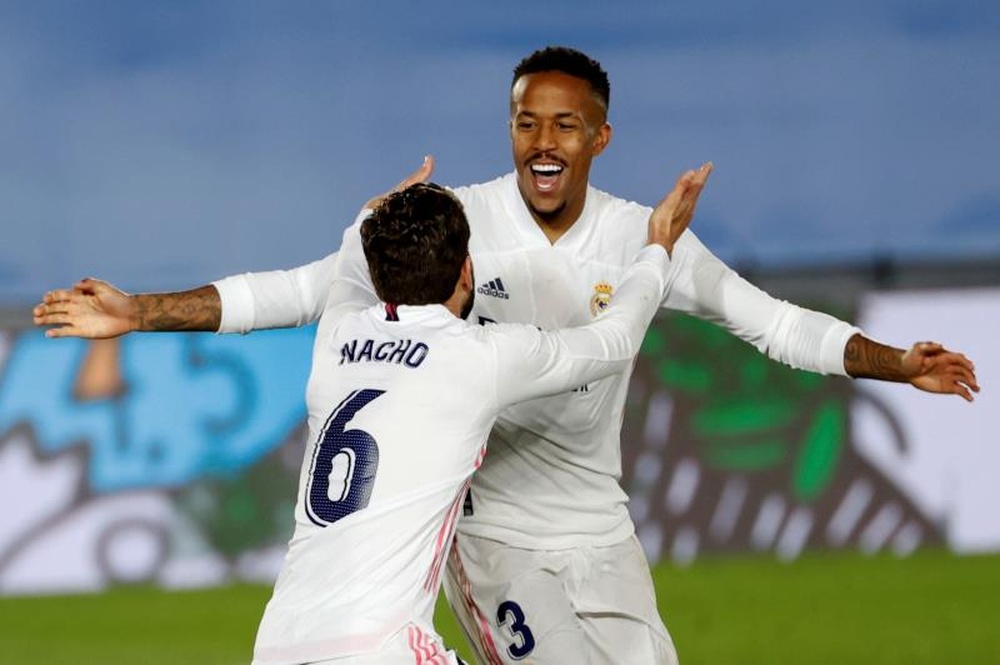 The defender truly came into his own once veteran center back pairing of Sergio Ramos and Raphael Varane left Santiago Bernabeu last season, leaving the keys to the defense to the former FC Porto man.

And his Brazil teammate Thiago Silva gave his approval to Eder Militao to fill the big boots left behind by club legend Sergio Ramos, who left for Paris Saint Germain.

Managing Madrid reported him saying “I’m sure that he will be one of the core players for Real Madrid from now on, after Sergio Ramos’ departure.

“Militao trusts his speed a lot. He’s a very quick guy and sometimes he loses his position a bit because he knows he will track back successfully.

As it looks, Militao may cost the English in excess of $50 million as this is the price Real Madrid paid for him back in 2019, possibly much higher than this price tag.

Since leaving Chelsea for Roma last season, Tammy Abraham’s form in front of goal has lit up. The striker has been one of the best players under ex Chelsea coach Jose Mourinho’s disposal.

The Roman side currently 6th on the Serie A table, after recovering from a dip in form recently. This seems to also be the story of Chelsea academy graduate’s trajectory in Italy so far.

Tammy Abraham is doing well at Roma. So pleased for him. pic.twitter.com/aNPjKSdn56

The striker was in hot form when the season kicked, before eventually his formed slowed down, and then again firing on all cylinders.

This is all not just empty praise either, by the way. The striker has bagged himself 17 goals across all competitions in 30 appearances this season, with 13 goals coming in his last 16 games.

Another strike who made the switch the other way from Italy to London may have to start taking notes soon.

Since early November, only Lewandowski has scored more goals than him 😱 pic.twitter.com/dkZms81Nro

This may also cause Chelsea to consider buying back Tammy Abraham, as they themselves lack a striker in form currently. However, amid all the speculation of the Englishman returning, AS Roma Pinto said this.

“It’s true, that clause does exist, but we are not worried.”

“It’s true, that clause does exist, but we are not worried. It’s only valid from 2023, but I am not concerned. I am happy because he is playing well and can get even better.” He said after confirming that Chelsea do have a buyback clause.

Regardless, he didn’t quote a price but we can assume it is higher than €40 million Chelsea sold him to Roma for. Some sources have quoted a price around £80m, which could be likely.

Chelsea board cools off interest over Dortmund star Haaland as Barca, Real appear as frontrunners