To another trophy for the Blues

Chelsea are going to face Tottenham Hotspurs in the 2nd leg of the semi finals of the Carabao Cup as they hope to beat their rivals to contend for another piece of silverware under Thomas Tuchel.

In the first leg of the Semi final the Blues defeated Spurs rather comfortably with a 2-0 win at Stamford Bridge, thanks to an early deflected strike in from Kai Havertz and a set piece blunder from Spurs’ defender resulting in an own goal. 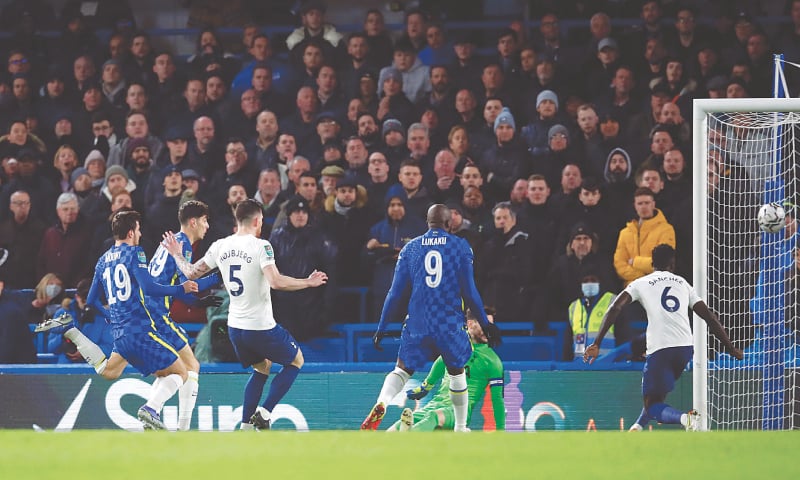 While most of us would think Chelsea have the this in the bag, Thomas Tuchel most certainly so does not think that is the case. He thinks Antonio Conte’s men are a worthy opponent and will be a challenge despite a 2 goal cushion.

The German’s humility however does not erase the fact Chelsea have a much easier job to do tonight. With that said, they can’t lower their guard at any moment in the game and should try to kill the tie early on.

Ben Chilwell will be out for tonight’s game as he will require a surgery to heal from his partial ACL injury he suffered from early on in the season.

Thomas Tuchel’s other preferred wing back will also be out of this contest as he suffered a hamstring injury against Brighton. Luckily, the Englishman will not be needing surgery.

The head coach had stated that N’Golo Kante and Thiago Silva may not be available as it was not a surety if they will be able to make training for the game after their Covid-19 isolation periods.

However, according to Chelsea’s official website the experienced duo returned to training yesterday and will be ready for tonight’s clash. This must surely be a great news for the coach, squad and fans alike.

The German manager even said before the game on the injury front that the best possible news is that they do not have any new injuries heading into this tie.

"Right now we have the same guys in the [first] cup game. No new injuries which is good for us. We wait for last minute decisions on Thiago and N'Golo."

Chelsea will still be without Cobham graduate Trevoh Chalobah tonight as he needs around two to three more weeks to properly heal from his recurring hamstring injury.

We believe that Spurs will certainly pose more of a threat than the previous game, but Chelsea’s form in Cup competitions and the mental disadvantage of a mountain to climb for Spurs will be too much to handle.

While Conte’s men might come with all guns blazing, a small mistake at the back may cost them the tie and let Chelsea kill the game just Spurs start posing a serious threat as the game continues.

Lukaku may come back to haunt with a goal Antonio Conte as he will be reunited with his former manager from Inter Milan from the last season.

Mason Mount also has a great chance to continue his goal scoring form as the Chelsea academy graduate has been on fire in front of goal this season for the Blues.

READ: Tuchel gives team news and how the Blues could lineup for the clash against Spurs in Carabao Cup